Itinerary for your Day Future in Food Ireland

For More Details See Below

Conor Molloy is an independent energy advisor, accepted as a member of the Association of Energy Engineers, CILT, FTAI, IMCA and EVO

With an MSc in Energy Management and Renewable energy from University of Ulster, he is a Certified Energy Manager (CEM), Measurement & Verification professional (CMVP) and trainer for ISO50001.

In recent times, he has trained ESOS Lead Assessors in Transport Energy Auditing at the request of the UK Government’s Environment Agency, led the publication of EN 16247-4 Europe’s transport energy audit standard and contributed to ISO50004.

Since 2005, Conor’s day job has been helping business’ save fuel and manage their energy usage for profit and reduced emissions. 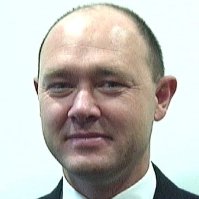 Dr. Keegan is a specialist in the areas of Lean/World Class Business and Benchmarking with Enterprise Ireland. He has focused on adapting these concepts for small and medium enterprises (SMEs). He has worked closely with a large number of companies, helping them introduce the concepts of world class manufacturing based on objective benchmarking. He has written several books on the topic and is a Adjunct Assistant Professor, in the Business School at Trinity College Dublin, lecturing at MBA on Operations Strategy and undergraduate level on Operations Management, and as a guest lecturer at National University of Ireland – Galway, to both undergraduate and MBA levels.

He acts as the European advisor to the World Class Activities of the EU-Japan Centre for Industrial Co-Operation. He lead the DG Enterprise Benchmarking Initiative, the European Benchmarking Forum and Network, focused on developing synergies and actions forward for benchmarking within the European Community as a means of developing the competitiveness of industry. He has trained as an engineer and has achieved Chartered Engineer status and a Master of Commerce degree on world class practices for SMEs. He is a Fellow of the Institute of Engineers of Ireland.

He has been awarded a Doctoral degree with National University of Ireland, Galway, for work based on the use of benchmarking and world class practices to improve the operational performance of SMEs using networks.

He has worked previously for DAF Trucks, Nokia and Nestle. 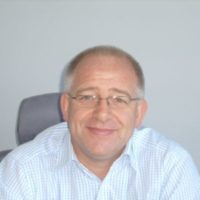 Conor Browne is senior Leader in the beverage industry with over 20 years’ experience. He has operated both at a European and Global level across a range of leadership roles.

In recent years he has lead key programs in the area of Energy Management, both at an Operational and Capital Investment level.

Has a strong track record in alignment and delivering leading edge business strategies in the areas of Engineering, Operational and Change management programmes.

Session 3: Panel Discussion Brexit: An Opportunity, Not An Export Barrier

Conor Molloy is an independent energy advisor, accepted as a member of the Association of Energy Engineers, CILT, FTAI, IMCA and EVO

With an MSc in Energy Management and Renewable energy from University of Ulster, he is a Certified Energy Manager (CEM), Measurement & Verification professional (CMVP) and trainer for ISO50001.

In recent times, he has trained ESOS Lead Assessors in Transport Energy Auditing at the request of the UK Government’s Environment Agency, led the publication of EN 16247-4 Europe’s transport energy audit standard and contributed to ISO50004.

Since 2005, Conor’s day job has been helping business’ save fuel and manage their energy usage for profit and reduced emissions. 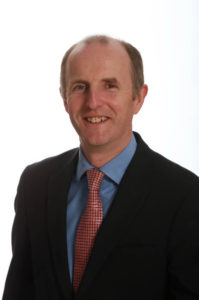 Paul Kelly is Director of Food Drink Ireland (FDI) which is part of Ibec, the group that represents Irish business. He started his career in risk management with the Insurance Corporation of Ireland before joining Ibec. He held a number of roles across Ibec before taking up his current position in 2005.

FDI is the main trade association for the food and drink industry in Ireland and is committed to ensuring an environment exists that is conducive to the success and further growth of the food and drink industry. FDI provides leadership and direction on a number of key strategic issues, including the economic importance and reputation of the sector, competitiveness, innovation, trade, skills, regulation and general food chain policy. 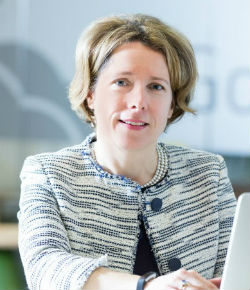 Tara brings with her over 20 years’ experience in the wider food industry. Tara has operated in overseas markets for 10 years in Germany, France and Belgium and holds a Bachelor of Commerce degree with an MBS in Marketing from Smurfit Business School.

An affiliate of IMD Business School, Switzerland; Tara has been a regular contributor to the Government’s Food Harvest 2020 and Food Wise 2025 reports and succeeded in delivering a number of instrumental initiatives for the Irish Food Industry under the ‘Pathways for Growth’ programme.

Ms. McCarthy was previously Director of the Food and Beverages Division in Bord Bia, the Irish Food Board and has led a team of Senior Executives on the development of the seafood, dairy, prepared foods; alcohol and small business sectors.

Owen is a Director in the Advisory practice with over 20 years experience in food retailing and wholesaling gained across the UK and Ireland.

Owen joined PwC in 2015 following a career working for Sainsbury's, Dunnes Stores and Musgrave. Owen has extensive business leadership experience and has led strategic reviews and business change programmes throughout his career.

Owen is actively involved with Retailers and FMCG brands helping them understand and plan for their Brexit risks.

Owen provides assistance to a broad base of clients across the Retail and Food sectors including retailers and consumer goods companies. 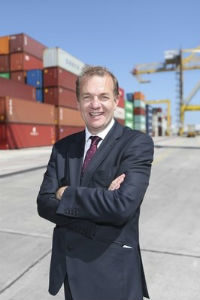 Simon McKeever has over 20 years’ international working experience in developing businesses and an outstanding track record in development of trade, trade policy and strategy across Ireland and the UK.

Simon joined the Irish Exporters Association as Chief Executive in October 2013 where he is responsible for leading a team of 20 people who work with companies across the Irish export industry, including SME’s who are beginning to think about exporting for the first time right through to global multinational companies who are already extensively exporting from Ireland. Simon drives the direction of the organisation as the leading, enabling and connecting force for Irish exporters, providing practical knowledge and support across the Island of Ireland and in foreign markets.

Prior to Simon taking up his current position as Chief Executive, he spent 3 years as Director of Trade and Investment at the British Embassy in Dublin, which placed him at the forefront of joint trade strategy between Ireland and the UK, where he developed a close working relationship between UK Trade and Investment and Enterprise Ireland. Simon was the driving force behind the creation of the British Irish Chamber of Commerce, and his leadership on the Agri-food agenda created a joint initiative that has kicked off the first Irish British Food Business Innovation Summit in Dublin.

Simon’s career to date encompassed senior executive roles in global financial markets and business consultancy in Ireland. Simon spent 18 years working in global financial markets, with RBC, TD and AIB Capital Markets. He is widely travelled and has been at the forefront of developing considerable business in the Middle East, North Africa, Europe and the UK, in a business development capacity, winning new customers and rolling out new products.